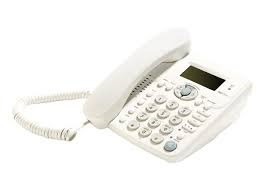 So you’re sitting at your desk in your office when the IT guy walks in and says, “Everyone in the company is getting upgraded phones, so I’m here to install yours. The new phones come in two colors: black and white. Which color do you want?”?

You tell the IT guy you want black. He responds with, “Sorry, all we have are white phones.” You say to him, “then why did you tell me I had a choice between black and white, if I really had no choice at all?” The IT guy responds, “I thought you might choose white, and I wanted you to feel like you had a choice.”

Therein, my friends, lies the fallacy and the sin committed by courts that award joint legal custody of children to their parents subject to a “tie-breaking authority” provision. What am I talking about? A clause in your divorce settlement or decree that reads something like this:

“The parents shall at all times confer with each other on all legal custody decisions. If the parties cannot reach agreement, then the mother shall have tie-breaking authority [or “final say’] in all such matters.”

Many of you reading this have heard about the difference between physical custody and legal custody. Briefly, physical custody means how many overnights the kids spend in each of their parents’ homes each year. Legal custody is the authority parents have to make choices for their minor children, such as for medical and dental care, what church they attend, school and athletic choices, etc. When moms and dads are married and living under the same roof, they are, as a matter of law, already joint legal custodians of their children. They have this authority because they are parents, not because they are a married couple. They brought their children into the world jointly, they make decisions regarding these same children jointly. Neither mom nor dad is more important than the other when it comes to decisions about their children. They raise their children together, and so they necessarily share decision-making power for their children. Now unless parents divorce because one of them is such a terrible parent that he or she cannot be trusted to make decisions in their children’s best interest, there is no reason to take this joint decision-making power away just because the parents divorce.

Yet even when two good, fit parents divorce, the issue of who has the power to make these decisions can arise. If your marriage is breaking up over nothing to do with your parental fitness or that of your spouse, why would they need to be any change in your joint legal custodial status? Why should either one of you be given more power than the other to make choices regarding your children’s upbringing and welfare? Courts and attorneys may tell you that tie-breaking authority is awarded to one parent so that the parents won’t waste their money coming back to court all the time to settle arguments between then. Parents who want tie-breaking authority will tell you they want to spare the children being caught up in the middle of parental disputes. Neither one of them is being completely forthcoming with you.

Why don’t some people fight for custody of their children?
August 13, 2018
Divorce and Spirituality
January 8, 2016
No Comments
How do I best explain to my daughters that I am divorcing their stepmom?
November 17, 2021