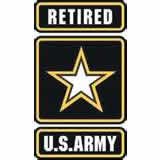 Most divorces are complicated by nature. Throw in the fact that one or more of the divorcing parties is a military service member, or has military benefits, and the divorce becomes really complicated.

In the State of Utah military retirement benefits accrued in whole or in part during the marriage are divisible.(ii) This means that courts in Utah treat disposable military pensions just as they would any pension or retirement benefit from any other employer.

You can download a PDF version of the USFSPA manual by clicking this link or by going here: https://www.dtic.mil/cgi-bin/GetTRDoc?AD=ADA452505

Has the ability of lawyers to advertise been beneficial to our legal system?
August 27, 2019
How did you cleanly separate your online accounts with your divorce?
November 20, 2019
Have you ever thought someone was making a mistake by getting a divorce?
February 28, 2020