Why do some parents still have to pay child support, even when they share custody of their children equally?

Why do some parents still have to pay child support, even when they share custody of their children equally?

In Utah, it could be said that child support is intended to ensure that the lifestyle to which the children were accustomed when they lived with both parents is preserved (as much as possible) once the children go back and 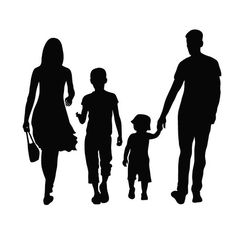 forth between both parents’ homes. So if Dad earns 3x what Mom does, and Mom has the children with her about 75% of the year, Mom can’t possibly maintain the same standard of living as Dad does. So the court orders Dad to pay Mom money each month for her to spend on the children roughly equivalent to the amount Dad would spend on them. The law isn’t perfect, but you get the idea. So where Dad pays Mom $1,500 per month for two kids who spend 75% of their time with Mom, it makes sense that Dad would pay less child support if he were to have the kids with him 50% of the time. Remember: Dad out-earns Mom by 3:1. Just because he has the kids with him half the time does not mean Mom earns as much money as Dad does, so Dad still has to pay Mom some money (albeit less) to ensure that the kids’ standard of living can be more or less equal at both parents’ homes when the kids are there. Here’s how it works using Utah’s child support formula:

If Mom had sole custody of the kids, and Dad saw them every other weekend, a few hours mid-week, and then during some holidays and part of the summer, Dad’s child support obligation would be $893 per month.