What happens when the child violates the custody or parent-time order?

What happens when the child violates the custody or parent-time order?

The best examples I can give you of this experience that I have had as a lawyer are as follows: 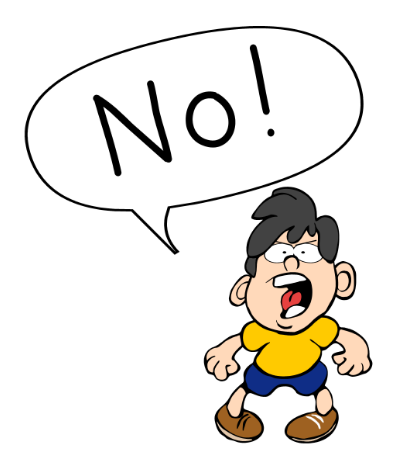 My guess is that you are referring to teenagers who will not comply with the child custody or visitation orders of the court. In Utah, visitation is now known as “parent-time,” and so I will refer to it as parent-time.

Teenagers are more or less ungovernable in these situations, meaning that while they are subject to the jurisdiction of the court when it comes to enforcement of child custody and parent time orders, very few domestic relations commissioners and judges are willing to use their judicial powers to punish a noncompliant child, even though they certainly could.

Then the court punishes the parent that the child claims to want to spend more time with. Courts will defend this policy by claiming it discourages parents from manipulating their children’s feelings and from competing for their children’s affections. And there is a measure of truth to this: punishing everyone does tend to discourage the wrongdoers from wrongdoing; however, it also gives innocent and sincere people no reason to stay innocent and sincere, if innocence and sincerity is no protection from punishment. It also never addresses the question of whether the child might actually benefit from a change in the child custody or parent-time schedule.

You might think at this point that the court would want to inquire with the child as to his or her reasons for wanting to change custody or parent time. Virtually none of the commissioners or judges are willing to do this. They give as their reasons the claims that children’s testimony is too easily influenced to be believed and that inquiring with children as to their desires “puts them in the middle” of their parents’ divorce and thus “traumatizes” the children. While there is also an element of truth to these concerns, too often courts fall back on these excuses without trying to assuage the underlying concerns to get to the compelling facts (i.e., the evidence) the children may have to share.

It makes no sense to ignore the experiences, observations, feelings, opinions, and preferences of the child when the child—and his/her best interest—is the focus of the child custody award. There are plenty of inexpensive, feasible, and sufficiently reliable ways to elicit the truth from a child without scarring the child for life.

A judge interviewing a child costs the litigating parties nothing. A judge interviewing a child is  expeditious and results in the court obtaining information from the child directly, unfiltered, unadulterated by second- (or even third-) hand hearsay accounts. But when I cite this code section as a basis for interviewing a child I get the lamest excuses, including claims from multiple judges that they are “not qualified to interview children.” Really? So judges, who derive their power to do everything they do from what is codified in the law and in court rules, who are clearly acknowledged by a statute to be qualified to interview children, will refuse to interview children by claiming they are not qualified. If that is true, then the judge needs either 1) to get qualified; or 2) to resign from office as unqualified to perform all of his/her duties as a judge, not refuse to do what he or she is authorized to do and that he or she must do when circumstances so dictate.

Another option is for children to be appointed a “guardian ad litem,” meaning that the child is appointed his/her own lawyer to “represent the interests of the child.” ‘Sounds great, right? But my experience with guardians ad litem is that they are by and large at best overworked and thus ineffective, or (as is more often the case) they are incompetent, biased, or too afraid of looking stupid to admit it when their interviews of the children were inconclusive. Oh, and one or both of the parents has to pay for the guardian ad litem (also referred to as a “GAL”). Still, if a skilled, neutral, humble, and affordable guardian ad litem were available, the court should utilize that resource and interview the child, rather than refusing to learn of a child’s experiences and desires on the basis that inquiring with the child might (might!) traumatize him.

Yet another option is for the court to appoint a psychologist or social worker to serve as a custody or parent-time “evaluator” to interview the children and then report to the court. That sounds great too, right? Maybe, were it not for the fact that custody evaluations in Utah are obscenely (there is no other appropriate word to describe it) expensive (we’re talking between $3,000 to $10,000—and if you think you’ll be the “lucky” one who gets a [good] custody evaluation done for a “mere” $3,000, you yourself need a psychologist) and custody evaluators are far, far too often too afraid of being reported to their licensing boards or sued by disgruntled parents to speak their minds. And so, many custody evaluators end up producing an equivocal, please-everyone (and thus a please-no-one) recommendation.

Many (not all) courts don’t refuse to inquire with children because of concern for the children, they refuse to inquire because they don’t want to do it. Adding knowledge of the child’s experiences and desires to the mix make such court’s jobs more complex (i.e., harder) and make it harder for some judges and commissioners to manipulate the facts to suit their personal biases and preferences. And so such courts will, ironically, exert great effort to avoid this kind of hard work.

When I deal with the case of a teenage child who will not comply with the court’s parent time and/or custody orders, I insist that the court get to the root of the problem. If the teenager is just being a spoiled brat, no modification of custody or parent-time is warranted. I can live with that. Any rational and fair-minded person must. No one, however, can knowledgeably or efficaciously get to the root of a problem that concerns a child without–sensitively, but resolutely–involving the child in the investigation, the analysis, and the formulation of a solution.

Why don’t some people fight for custody of their children?
August 13, 2018
Perspective of a Law Student: How my views on court decisions have changed
July 19, 2018
Supervised Parent-time in Utah – Blocker v. Blocker (January 2017)
January 26, 2017