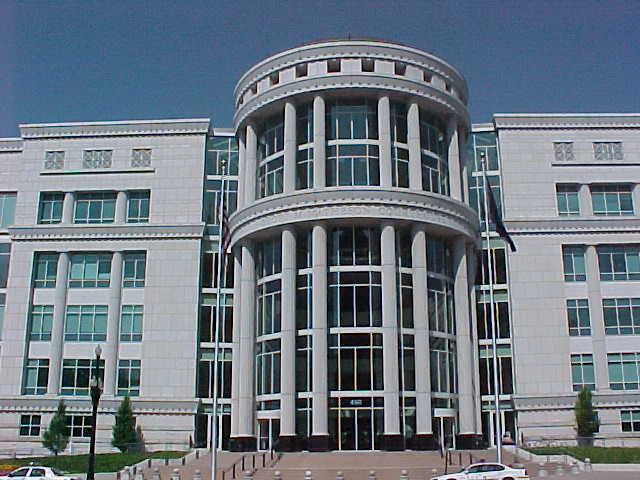 THE UTAH COURT OF APPEALS

STATE OF UTAH, IN THE INTEREST OF B.J.V., A PERSON UNDER EIGHTEEN YEARS OF AGE.

Sheleigh A. Harding, Attorney for Appellant

¶1        B.A.V. (Mother) appeals from an order awarding permanent custody and guardianship of B.J.V. to his biological and legal father B.J. (Father) and terminating juvenile court jurisdiction. We affirm.

¶2        “[T]o overturn the juvenile court’s decision[,] [t]he result must be against the clear weight of the evidence or leave the appellate court with a firm and definite conviction that a mistake has been made.” In re B.R., 2007 UT 82, ¶ 12, 171 P.3d 435 (third alteration in original) (citation and internal quotation marks omitted). We “review the juvenile court’s factual findings based upon the clearly erroneous standard.” In re E.R., 2001 UT App 66, ¶ 11, 21 P.3d 680. A finding of fact is clearly erroneous when the court “failed to consider all of the facts or considered all of the facts and its decision was nonetheless against the clear weight of the evidence.” In re B.R., 2007 UT 82, ¶ 12. Therefore, “[w]hen a foundation for the court’s decision exists in the evidence, an appellate court may not engage in a reweighing of the evidence.” Id.

¶3        At the adjudication hearing held in September 2016, Mother entered admissions to the State’s amended petition pursuant to rule 34(e) of the Utah Rules of Juvenile Procedure. The juvenile court adjudicated B.J.V. to be a neglected child as to Mother because he lacked proper parental care by reason of the faults or habits of Mother. The court adjudicated B.J.V. to be a dependent child as to Father because he was “without proper care through no fault of” Father. The juvenile court set a primary permanency goal for B.J.V. of reunification with Mother and a concurrent permanency goal of guardianship with Father. The court placed B.J.V. in the temporary custody of Father with protective supervision services and took Father’s motion for permanent custody under advisement. The written adjudication order “set the matter for review on December 8, 2016 to measure mother’s progress and again address the motion for an order to place [B.J.V.] in the Permanent Custody and Guardianship of [Father].”

¶4        At the adjudication hearing, Mother stipulated to a service plan requiring her to comply with random drug testing, to complete substance abuse, mental health, and domestic violence evaluations, and to complete any recommended treatment. Mother also stipulated that she could be ordered to observe drug court. At the December 8, 2016 review hearing, it was undisputed that Mother left her residential substance abuse treatment program and did not participate in drug court, that she had not visited B.J.V. since August 2016, and that she still had outstanding warrants. Mother argued that she was working to return to residential treatment and requested another hearing in one month to review her progress. The State and the Guardian ad Litem (GAL) joined in Father’s renewed motion for permanent custody and guardianship. During the hearing, Father’s counsel made statements regarding B.J.V.’s condition when he came into Father’s temporary custody. Mother’s counsel argued that an evidentiary hearing should be set as a result of this new information. The juvenile court denied the request for an evidentiary hearing.

¶5        The juvenile court granted Father’s motion for permanent custody and guardianship and terminated protective supervision services and juvenile court jurisdiction over B.J.V. After reciting that Father’s renewed motion for permanent custody had been taken under advisement at the September 29, 2016 adjudication hearing, the juvenile court made findings based upon “[u]ndisputed facts detailed in the court report/progress summary, provided to all counsel prior to the hearing.” The court found those undisputed facts were that Mother left residential substance abuse treatment on November 1, 2016, and that she denied she had a substance abuse problem, wanted to opt out of Family Dependency Drug court, took a month to meet with the evaluator after being ordered to do so, missed a drug test, and “had not visited with the child for months having just recently made two scheduled visits prior to court.” The report provided to the juvenile court stated

that since being placed with his father, [B.J.V.] was enrolled in an after-school program, [and] the father ha[d] hired a tutor to help his son as he is so far behind in school. He is catching up on grade level work, he is playing sports in extra-curricular activities, the home is clean, meets safety standards and the case worker had no concerns about the parent child relationship or the care [B.J.V.] was receiving from his father.

The court found that Father and B.J.V. were bonded, the child was cared for appropriately, and Father was obtaining services to meet the child’s needs.

¶6        Mother claims that the juvenile court erred in denying her request for an evidentiary hearing. This argument relies upon a superseded rule and case law interpreting it. See In re P.D., 2013 UT App 162, ¶ 6, 306 P.3d 817 (discussing a previous version of Utah Rule of Juvenile Procedure 47 requiring the juvenile court to schedule an evidentiary hearing “if the modification is objected to by any party prior to or in the review hearing”). At all times relevant to this case, current rule 47(b)(3) of the Utah Rules of Juvenile Procedure has stated,

The court shall not modify a prior order in a review hearing that would further restrict the rights of the parent, guardian, custodian or minor if any party objects to the modification. Upon objection, the court shall schedule the matter for a motion hearing and require that a motion be filed with notice to all parties. A party requesting an evidentiary hearing shall state the request in the motion to modify the prior order or the response to the motion.

¶7        In this case, the juvenile court took Father’s motion for permanent custody and guardianship under advisement at the adjudication hearing after Mother objected to the relief requested. The court specifically set a review hearing to consider Father’s motion and review Mother’s progress. Mother did not request an evidentiary hearing at any time before the review hearing scheduled for December 8, 2016, as current rule 47(b)(3) would require. Mother claimed that new information from Father’s counsel’s arguments at the review hearing entitled her to an evidentiary hearing. However, the juvenile court’s ruling focused narrowly on the undisputed facts related to Mother’s lack of any significant progress since the adjudication hearing. Thus, even if the evidentiary hearing requirement discussed in In re P.D. had applied, so would its requirement that Mother demonstrate prejudice from the failure to provide such a hearing. And here Mother has not demonstrated that she was prejudiced by the lack of an evidentiary hearing on the narrow issues raised by Father’s counsel’s arguments. See In re P.D., 2013 UT App 162, ¶ 12 (requiring a demonstration that “had an evidentiary hearing been granted, the likelihood of a different outcome [would have been] sufficiently high as to undermine our confidence in the [judgment]” (alterations in original) (citations and internal quotation marks omitted)).

¶8        Mother also claims that the juvenile court erred in granting permanent custody and guardianship to Father because the evidence was insufficient to demonstrate that the permanent custody award was in B.J.V.’s best interest. Mother does not state any disagreement with the juvenile court’s findings regarding the suitability of Father’s home or the efforts Father has made to address B.J.V.’s needs. Although couched in terms of B.J.V.’s best interest, Mother’s argument is that she is entitled to more time to reunify with B.J.V. despite making no significant progress since his removal. Reunification services can be terminated at any time. See Utah Code Ann. § 78A-6-312(14)(a) (LexisNexis Supp. 2016) (“If reunification services are ordered, the court may terminate those services at any time.”). In addition, Mother’s parental rights to B.J.V. have not been terminated so any argument regarding severance of the parent–child relationship is premature. At best, her argument is simply that she should have more time to seek reunification, but she has failed to demonstrate any level of progress that would support her claims.

¶9        Given the undisputed facts regarding Mother’s lack of progress up to the time of the review hearing and the lack of any dispute regarding the suitability of Father’s care, this court concludes that “a foundation for the court’s decision existed in the evidence” and it will not be disturbed. See In re B.R., 2007 UT 82, ¶ 12, 171 P.3d 435. Accordingly, we affirm.