Do you think current divorce laws are biased against men?

Do you think the current divorce laws are biased against men?

In my experienced opinion, yes (and I speak as one who represents both women and men in divorce where in Utah, where I practice law). 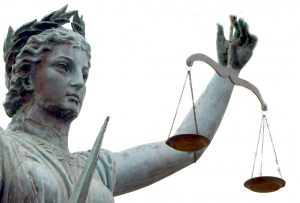 Here’s why and how:

Before I launch into the reasons why divorce laws (and courts) are generally biased against men on the subjects of domestic violence charges and child custody, I would be remiss if I did not tell you I see the bias as decreasing. If you were a man divorcing 20 or 30 years ago, the idea of getting joint physical custody of your kids would have been considered a fantasy. Women were assumed to get alimony more or less simply by virtue of getting divorced. Not so much anymore.

But bias is still there, and for the same reasons they have been for more than the last hundred or so years.

Candidly, men and women are different. Mothers are generally different from fathers. They both have strengths and weaknesses as parents. But this is a reason for awarding joint custody of children, not a reason to marginalize the men and fathers. When both parents are fit parents, then “the best parent” is both parents.

Here are a few of the illegal discriminatory practices against men in divorce court, and the effects they have:

• women are “naturally” better parents than men (so they get a greater percentage of child custody);

• men who work outside the home are not as capable of and willing to make sacrifices in their careers for the sake of child rearing (so the women get a greater percentage of child custody);

• men who work from home are not as attentive to children’s needs as are women (and so the women get a greater percentage of child custody);

• women generally still don’t make as much money as men (and so women get alimony awarded to them far more easily and in higher amounts than do men).

Fortunately, if you are just as fit a parent as your wife, the biases against men can be almost entirely rebutted and disproven, if you have mountains of the right evidence to show the court.

What is one thing you wish you would have added in your divorce parenting plan?
October 6, 2021
Divorce and your mortgage: what to know (guest post)
January 29, 2020
True or false: Better to divorce than have a miserable life.
March 2, 2022